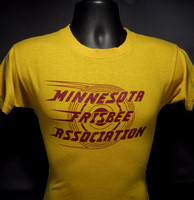 It was the summer of 1975 and I remember Elton John was tearing up the American Top 40 in the peak of his career, as the "Rocketman." It was also during this time, that bigger visions of greater things to come grew from a very small group of loyal Frisbee aficionados by the names of Gus Otto, John Greig, Paul Thompson, Lyle Jensen and a few others, including Jim Challas. I can really envision these guys' enthusiasm back then, while music was blasting in the background as they played.

I know these guys spent hours upon hours tossing disc and jamming, first near Lake Calhoun and then Lake Nokomis, an area that eventually became the site of the Minnesota Frisbee Association's notorious Annual Sky of 10,000 Frisbees Tournament and also the Wham-O Hacky Sack & Frisbee Festivals. During the '80s, The Sky of 10,000 Frisbees event was a Freestyle Players Association tour stop on their North American Tour Schedule, so it drew many of the old school freestylers the likes of Joey Hudoklin, Kevin "Skippy Jammer" Givens, Bill Wright, Larry Imperiale, Crazy John Brooks, Chipper Bro Bell, Dave Schiller, Ted Oberhaus, Rick Castiglia, and many more. 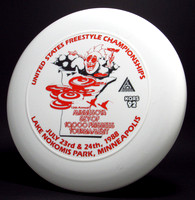 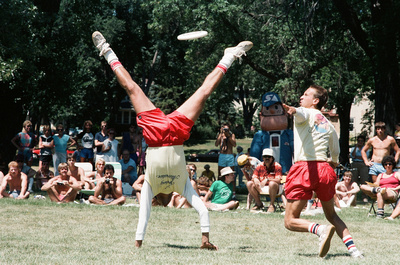 I joined the MFA at the 1980 Sky of 10,000 Frisbees Tournament, which was also the MFA's five year celebration at the time. The Sky of 10,000 Frisbees event was also promoted and associated with the Minneapolis Aquatennial, which helped to draw thousands of spectators. I believe, it was these two early MFA events that really helped impact the MFA's growth quickly throughout the Gopher State. 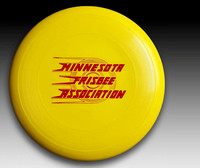 Throughout the years, I can't even begin to imagine how many different custom hot stamped discs the MFA created overall. I do know, however, the first disc the MFA custom hot stamped was a Wham-O 40 mold and the year it was printed was 1975. It is thought to be the first statewide club logoed disc ever! The Frisbee was yellow in color with a red hot stamped logo, resembling a disc flight in motion. Looking back, the hot stamp was ingeniously timeless and from this first generation, along came five other color combinations which followed in 1976, '77 & '78, to create a MFA six disc club set. 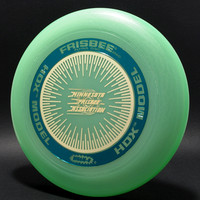 When I originally joined the club, my fascination with collecting also began.  I remember, one of the hottest discs on the market at the time was the Wham-O HDX. So here, what's thought to be another club first, the MFA took that timeless logo I spoke of that worked so well on the 40 molds and added a smaller version of it to the center of the HDX. It's become another impressive disc of the MFA collection, and one I'm still searching for to add to my own collection. 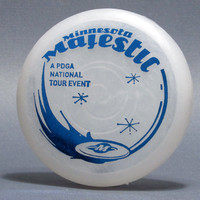 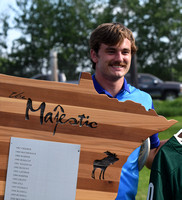 In 1981, Joe Feidt started the first known State Disc Golf Tour by creating The Minnesota Summer Tour (MST) which was a series of disc golf tournaments at 10 different courses around the metro, with players competing for points to become the MFA Minnesota Summer Tour Champion. In 1987, the MFA began hosting the Minnesota Majestic PDGA event, which over its 33-year history has become Minnesota's largest known disc golf event.

Throughout the years, the MFA has always had a strong active volunteer base of members, contributing to the needs and efforts of organizing and promoting events. I also believe the MFA has had a huge hand in inspiring local players to become businessmen within the sport. As local MFA members passions grew for the sport, we've also been blessed with an abundance of people that have earned their respect promoting their own dreams, goals and aspirations of making it as true disc entrepreneurs, such as: Charlie Hutchinson of Gotta Go Gotta Throw, Cale Leiviska of Airborn Disc Golf, Ray Jordan of Blue Ribbon Pines Disc Golf Course, Philip Loprinzi of Kaposia Pro Shop and Kraig Stenzel of Par Save Productions. These are all prime examples of people making positive contributions to the sport here in Minnesota.

There is also a strong interest in Course Development from several course designers here in the area:  Chuck Kennedy (Disc Golf Hall of Fame Inductee), Tim Mackey, Timmy Gill, Cale Leiviska and Steve West. I'll also mention myself here as well, since I've designed 12 courses here in the state, and I'm a member of the Disc Golf Course Designers Group.  Since 1987, Minnesota has averaged about 4-5 new disc golf course installations a year and has now surpassed the 350 course mark. 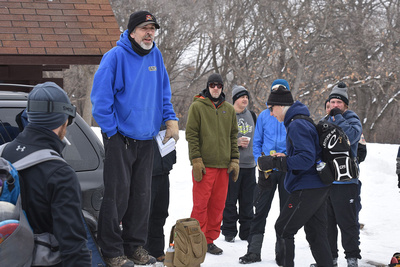 Not only does Minnesota have quite a few mover and shaker type individuals, it also has the best winter disc golf league known as "Chilly Dog." What originated as a brainchild of MFA member Matt Koerner has now grown into one of the largest active winter disc golf leagues in the country. Chilly Dog is a league series that generates an active base of well over 75-100 players on a weekly basis throughout the winter, which always begins the Saturday after Thanksgiving and runs until the end of March. There are also several other league formats throughout the entire state all summer long as well.

The MFA's rich history is now being preserved by compiling a list of past issues of the MFA Floater Newsletters at the Minnesota Historical Society Library. Many issues have been donated and logged within the library to showcase the club's history. As issues are collected, each volume will be documented in hopes to catalog the entire Floater Collection. As the club organized its history, the Minnesota Disc Sports Hall of Fame was established in 2006 and is currently building its permanent home at the Blue Ribbon Pines Disc Golf facility. 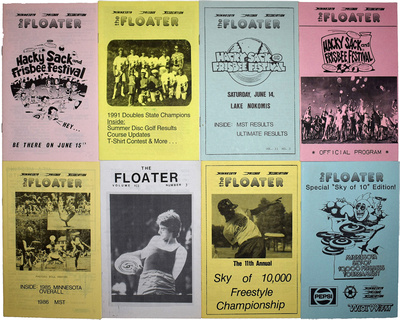 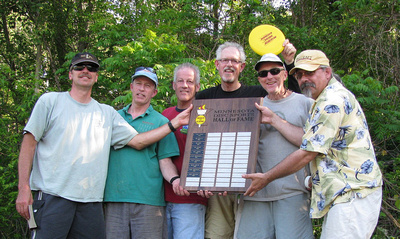 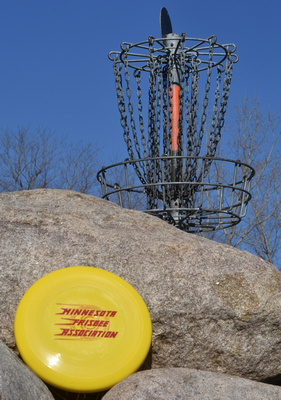 Over the past 40 years, I know for myself, I've come to know some of the greatest people on earth through the MFA, and I know the club has truly left its mark here on a lot of Minnesotans. As a long time MFA member, I owe a lot of my passion for the sport to the original founding fathers of the MFA and for that I'm truly grateful!