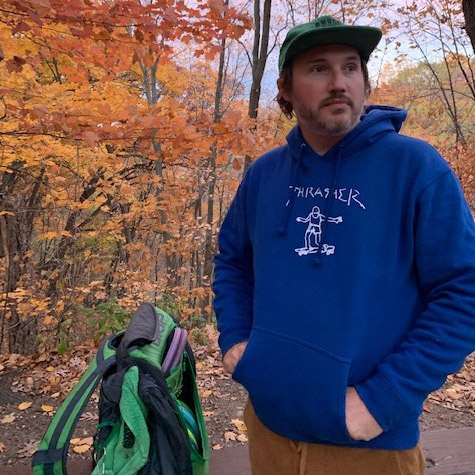 Blake IversonPhoto from Paul McBeth Foundation Imagine you're an avid disc golfer and an attorney by trade in the Twin Cities community and while browsing through Instagram, you come across a post from five-time World Disc Golf Champion, Paul McBeth, who was specifically canvassing to see if there was anyone out there on social media who not only played disc golf but was also an attorney. Would you jump to the opportunity and respond? Well, that's exactly what Blake Iverson, a partner at Eastlake Legal in Minneapolis, decided to do. Iverson's legal practice centers on meeting the needs of businesses, professionals and entertainers and specializes in contracts. So, Iverson immediately responded to McBeth's social media post with great interest!

I believe the time frame of McBeth's social media post was during the early stages of developing and formalizing the Paul McBeth Foundation (PMF). So of course, this was the perfect time and a ripe opportunity for Iverson to respond to the social media post. Iverson stated, "after I responded to the Instagram post, I then went through a couple of interviews with the PMF team and was invited on to the Advisory Board."

In the spring of 2021, the PMF began offering the idea of having people organize and host fundraising tournaments. This is also where Iverson immediately proposed the idea to Kaposia Park Disc Golf League Director Patrick Kelly to host a local fundraiser here in the Minneapolis/St. Paul metro for the PMF. Iverson also said, "Pat and I decided to wait until after the busy summer tournament season and host the event fundraiser in the fall with a mulligan format, which was actually Pat's idea and a way to raise more money in the long run. With this in mind, Kelly (the Kaposia Park Disc Golf League director) and Blake Iverson (the local Advisory Board member of the PMF) jumped at the opportunity to benefit the PMF, by hosting a disc golf fundraising tournament called the McBeth Mulligan Madness on Saturday, October 9, 2021, at the popular Kaposia Park Disc Golf Course located in South St. Paul. Kelly and Iverson were the fundraising event co-directors for the event that drew 61 total players and helped to raise $8,679 for the PMF.

It's been less than a year since a March 2021 press release announced the launch of the PMF. McBeth's vision of establishing the PMF was a dream and goal of his since 2013, and the PMF became an official 501(c)(3) corporation in the State of Virginia this year. The mission of the PMF is to develop and introduce disc golf courses to areas of the world where there are currently underserved locations or even no access to the sport at all. In a sense, it's a huge vision to help grow the sport globally, which will no doubt help to build community, corporate partnerships, individual donors and volunteers all over the world. So far this year, the PMF has installed three new course projects in these areas: La Paz, Mexico; Santa Maria de Jesus, Guatemala; and Medellin, Columbia. 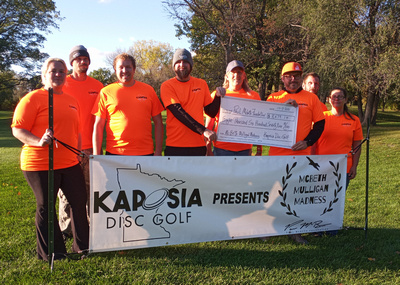 Philip Loprinzi, owner of the Kaposia Pro Shop helped oversee and facilitate the tournament organizational team made up of seven volunteers (Phalshie Larson, Bruce Sanburg, Pat Kelly, Blake Iverson, Russ & Mahala Jacobsen and me) so that each aspect of the event ran smoothly and successfully. 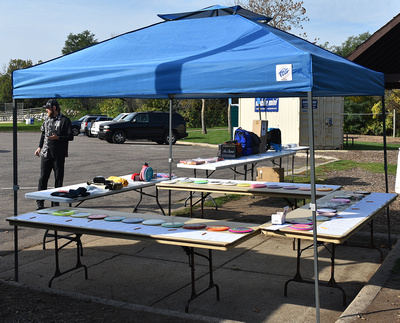 I became involved by offering up the idea to spearhead and organize a silent auction as an additional means to raise money during the McBeth Mulligan Madness fundraiser. I secured 29 individual donors from the local disc community who donated a total of 54 different items that were all part of the bidding process to raise funds. The silent auction offered a great variety of disc golf items ranging from custom dyed discs to collector discs, disc golf bags and carts and other miscellaneous items. The silent auction aspect of Mulligan Madness raised a total of $2,466.

Sanburg and the Jacobsen's organized a raffle for a mystery box valued at over $500 which helped raise over $700 for the event. James Coleman was the lucky winner of the $500 Mystery Box. 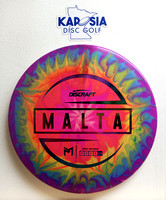 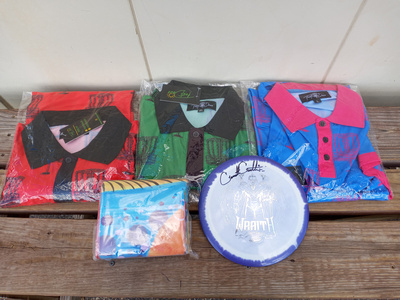 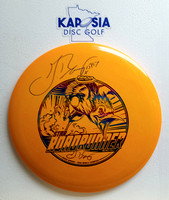 Each entrant that played the event paid a $30 registration fee and in return received a custom stamped Discraft McBeth Mulligan Madness disc for supporting the event. Players could also buy an unlimited number of mulligans for $2 each when they registered, making the tournament format truly unique by allowing players to use more than one mulligan per hole.

There was also a $5 ace pool with 50% going to the McBeth Mulligan Madness fundraiser and 50% paid out for any aces.  A total of two aces were hit during the event. The first ace was made by Russ Jacobsen (Hole 18) and the second ace was made by John Hart (Hole 8). 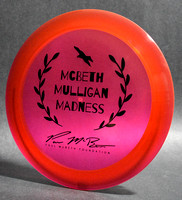 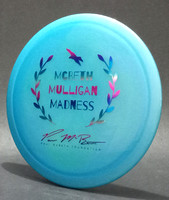 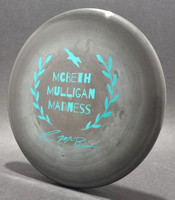 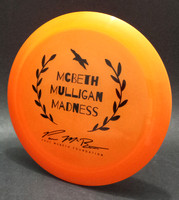 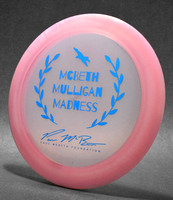 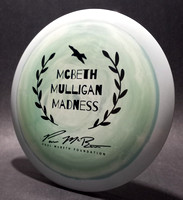 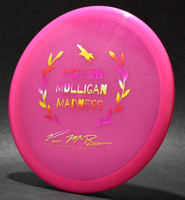 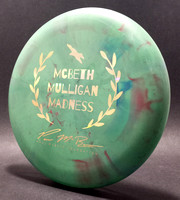 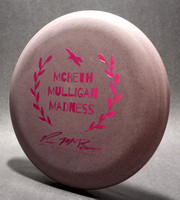 A total of 150 discs were pre-ordered for the event which included nine different molds (Force, Undertaker, Zone, Thrasher, Nuke, Heat, Buzzz, Fierce and Luna) with the Mulligan Madness event custom hot stamp.  Each entrant received their choice of one of the nine custom fundraiser discs for playing in the event. The Mulligan Madness tournament discs were also sold at the event and any of the unsold discs leftover from the event were purchased by the Kaposia Pro Shop and utilized as an additional $1650 raised towards the overall fundraiser. Sliced pizza was also on hand to purchase and was an additional means of raising funds for the event. 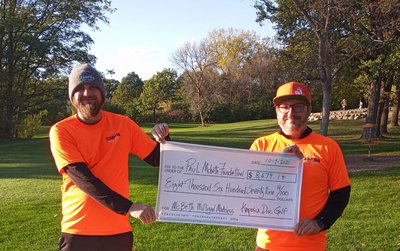 All in all, this was the Kaposia Pro Shop's first organized fundraiser within the local disc golf community and their team of volunteers believe it was a great success and community effort. The Kaposia Pro Shop is planning to host the McBeth Mulligan Madness as an annual event, and Loprinzi said, "If Kaposia Pro Shop can help drive the cost of a course through hosting a fundraiser like this, we'll be committed to that vision yearly." So, plans are currently in the making to host the next PMF fundraiser in St. Paul sometime in the summer of 2022. In addition, plans to coordinate efforts with McBeth's touring schedule and have him available for a personal meet-and-greet on site during the event to help draw a full field. Loprinzi said, "If we can make that happen, I know we can potentially raise between $12,000 - $15,000 next summer."