Created 8-Jan-18
Modified 26-Oct-22
Visitors 480
90 photos
It's hard to imagine today but in 1946 there were no flying saucers…at least by that name. So when Fred Morrison sat down to design a better flying cake pan (see Tins & Lids) he called his creation the "Whirlo-Way" after a famous racehorse.

Then in 1947 pilot Ken Arnold spotted an unidentified flying object that he said "Flew erratic, like a saucer if you skip it across the water." Bill Bequette of United Press in his write-up reported that Arnold had seen a "Flying Saucer," and the name stuck.

Later that year Fred and his partner, Warren Franscioni, started a business they called Pipco ("If it's a Pipco, it's a Pip!") and by 1948 they had turned the Whirlo-Way drawing into an injection mold capable of producing the very first known plastic flying disc. To take advantage of the new craze sweeping the nation, they called their new creation the "Flyin-Saucer."

Their partnership lasted only until early 1950 when they went their separate ways. The Flyin-Saucer mold sat on the shelf until 1953 when Southern California Plastic Company (SCP), the original molder, began producing Flyin Saucers (no hyphen) out of the newly available, softer polyethylene plastic.

Over the years the original mold was retooled a total of twelve time by four different molding companies creating the FS1–FS13 Styles described in this section of the Museum. 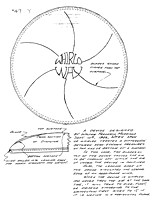 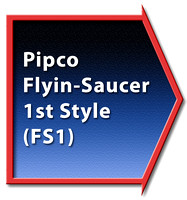 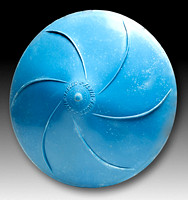 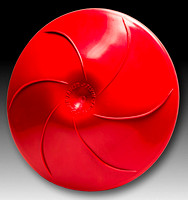 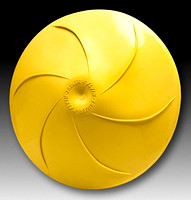 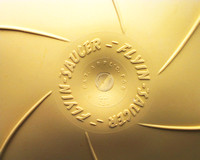 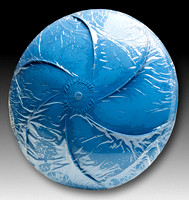 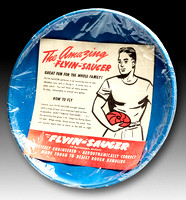 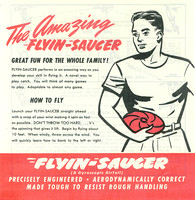 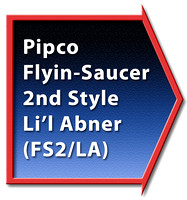 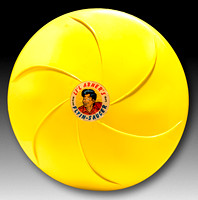 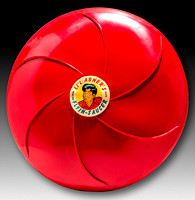 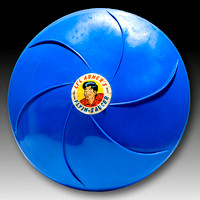 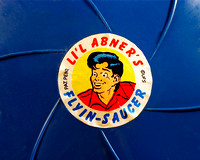 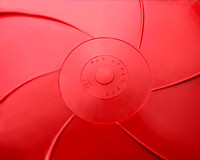 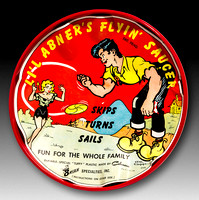