Created 8-Jan-18
Modified 1-Oct-22
Visitors 292
160 photos
Who doesn't love a good book? Especially a book on flying discs! When serious interest in flying discs began to soar in the mid-1970s, there followed a plethora of books on the topic, from the basics to advanced techniques. Some are whimsical, some serious.

There also appeared entries in general tomes about games and other activities for grammar school kids to adults. Since minimal research had been done, much of the information (especially the historical roots of discdom) contained in these early works is simply wrong.

By the late 1990s and into the 2000s there began to appear well-researched books written in a more scholarly manner which both corrected earlier errors and added greatly to the story of flying discs. 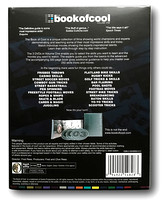