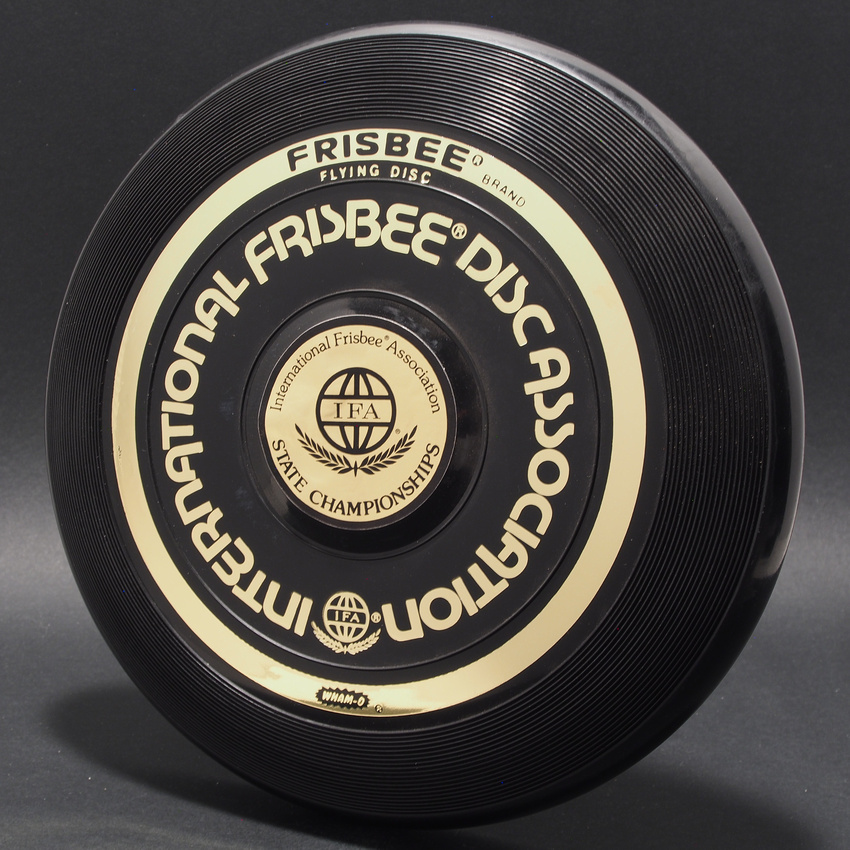 Created 24-Jan-18
Modified 6-Dec-22
Visitors 214
59 photos
The International Frisbee Association (IFA) was founded in 1967 by Wham-O Mfg. vice president, Ed Headrick. It's original purpose was to handle the strong consumer responses to the products and to satisfy Ed's own personal fascination with the Frisbee disc. In 1975 Ed hired Dan "Stork" Roddick to head the IFA. Dan was instrumental in establishing the National Series meets, he began the affiliate club program, started the publication Frisbee disc World, initiated international ties and developed and implemented the regional director program. Through these efforts, the purpose of the IFA changed to being an effective promotional effort for Wham-O Mfg. Co. and as a source of information and opportunities for enthusiasts of the sport. Later the IFA established a mail order program and these discs were a result of their marketing efforts.
The IFA set of discs represent 15 colors sprinkled over 9 different molds. Prior to 1983, other than stock discs, this collection had the largest number of different discs with the same hot stamp. The first disc produced with the circular IFA hot stamp was the clear fastback around July of 1979. This hot stamp was produced until the end of 1981. At that time, the IFA adopted a new hot stamp design. The new hot stamp, which features reversed lettering, 2 IFA globes, a solid inner band and a split TMB was introduced on a clear FB with a metallic gold and purple hot stamp. It was produced in the fall/winter of 1981.
The discs are listed in approximate chronological order. Production dates come from when the discs were first available in the Factory Connection in Frisbee World magazine. The production numbers were recorded at the time of production and coordinated with the then head of Wham-O shipping Tim Selinske. After the first 25 or so discs, the order is not specifically known. Unfortunately, while accurate tracking was done of the production numbers, the date of production was not recorded, other than what was listed in Frisbee Worlds.
Photo copyrights belong to their respective contributors, disc design copyrights belong to their designers 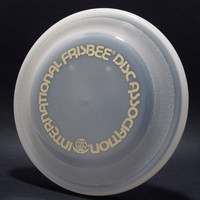 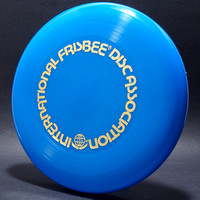 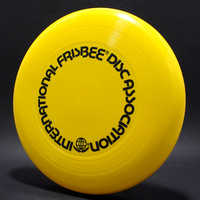 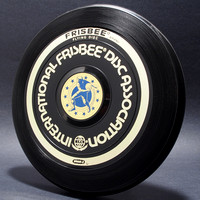 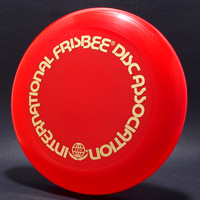 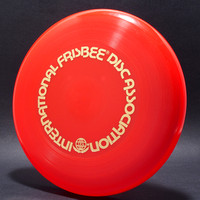 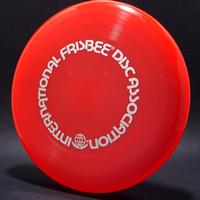 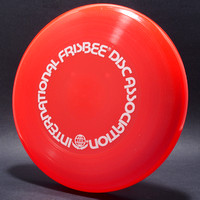 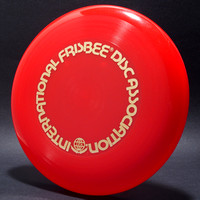 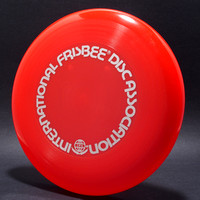 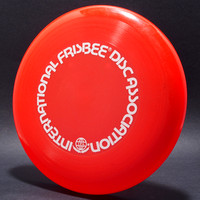 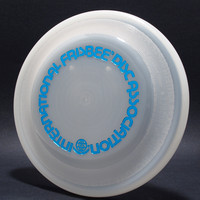 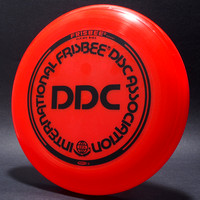 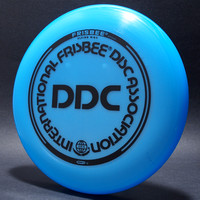 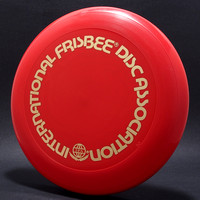 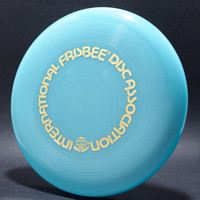 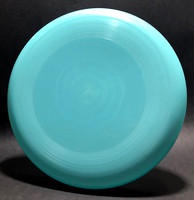 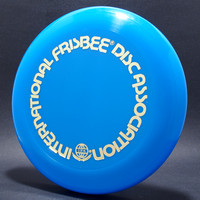 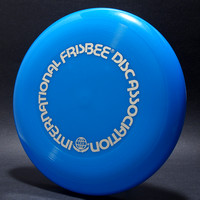 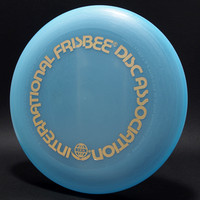