Our run started at five in the morning as the noise of our rented Ford Econoline’s arrival knocks an opposing player off the back of the parked car he’d been sleeping on. Memories of my first trip to Mars, the town not the planet, now blending into my rude awakening. 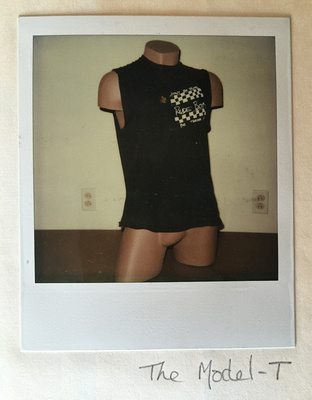 What defined our team on that weekend wasn’t our play, but our dedication to ultimate’s lifestyle. Every team had a theme, a name, a cheer, playful antics—that when mixed together created the color of our new sport. Our team reveled in a brand called Rude. We danced Ska with The Specials and English Beat, screened shirts, and cheered ‘Rudy Can’t Fail’ until our voices cracked. Yes, we trained harder than just about any other team. Yes, we played stifling man-to-man with singular intent on winning a national championship. But our dedication to being ‘Ruder than You’ gave the whole thing a kind of grunge gestalt. For those of us who piled into that van for the long trip to the middle of Pennsylvania, and for essentially all teams of the era, the journey began with our shirt, the colors of our tribe.

The Rude Boys came to life over a July 4th holiday weekend in 1981, eleven of us loading into a rental van we’d pulled the odometer from for the twelve-hour free ride to Mars. All this effort in a mad hunt for games against mostly new teams in a new town not all that familiar with our new sport. All of us in our early twenties, we could and did burn the candle at both ends; the weekend’s primal screams all but guaranteeing a rocky return to work, our voices badges to the weekend’s exploit. 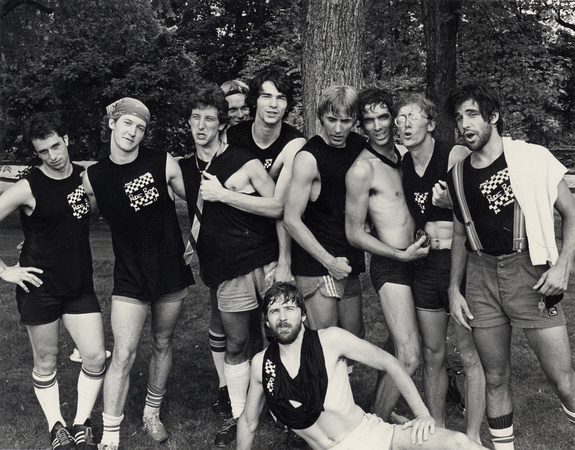 We drove from Boston, where summer temperatures rose into the nineties, but where the ocean kept stifling heat at bay. No such luck for the middle of Pennsylvania, where summer weekends often reached the low hundreds under blazing sun and oppressive humidity, imperfect climate for the black shirts we’d proudly screened with our motto ‘Don’t Be Square. Be There.’ These jet-black shirts featured a small black and white checkered logo emblazoned slightly off-center on our chests, a tag designed in deference to a whole genre of music and fashion we aspired to live up to.

But it wasn’t just wearing the shirt that made the team. What knit us together on that first weekend soon morphed into a lasting right of initiation—the ripping off of sleeves, partially due to the heat, partially to create a ritual bond.

“Wait!” new players would shout as we descended on them in a wave of passion for torn material. Ripped sleeves and bare shoulders the new black, and our attempt at punk.

The Hostages, a team whose name was born of Jimmy Carter’s misguided US foreign relations, and our biggest rivals, soon matched us with shirts spray painted through chain-link fencing—two teams locked-in an un-fashion contest, style points won by being gross versus clean-cut and well behaved. While they would not be in Mars that particular weekend, they would soon occupy much of our ultimate consciousness.

“Ruder Than You!” our cheer. Directed at opponents, but mostly at our archrival the Hostages as they matched us point for point on and off the field for the next couple of years. Waggling tongues de rigueur for each.

“You had us all fooled,” some would claim years later. “We saw those black shirts and heard that music and thought you guys to be punk, or at least counter culture. But the truth is that you all wore suits and had good corporate jobs.” 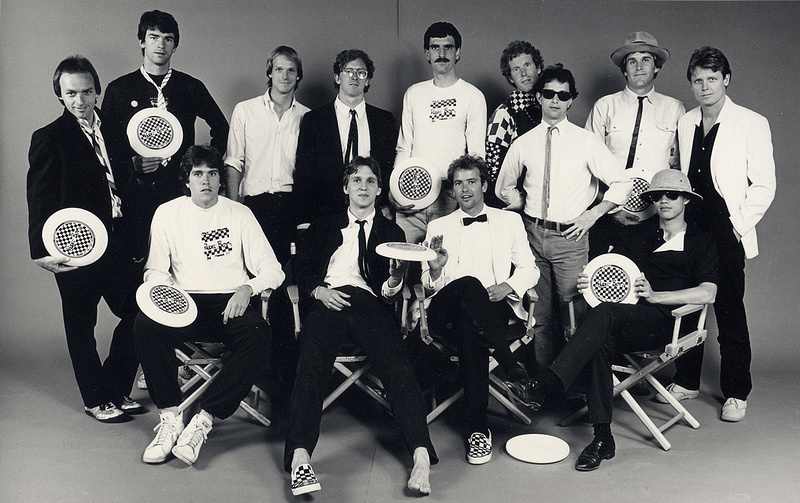 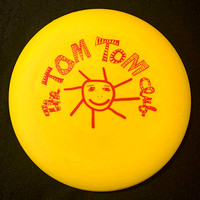 Still, ultimate offers that counter culture, then and now, a chance to be a part of something lasting, that dances to a different drum. Tom Tom Club, Talking Heads, Prince, The Clash all lifted our spirits as we flung 80 molds up and down playing fields we marked-off with mismatched yellow and orange cones. We travelled around the country and the world in pursuit of plastic and our team’s identity. We loved one particular disc, 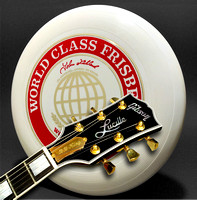 the 80 mold whose flight unmatched by the 80E and disastrous 81 that followed. One could argue that a broken injection mold at the manufacturing plant shepherded in Discraft’s opportunity to dethrone Wham-O’s 165 gram disc as ultimate’s disc of choice. To this day, I can still feel the flight of the lighter 80 come off my back hand, knowing instantly that its flight rings would allow it to rest and hover nicely on the shelf of air that sits just above the receiving team as we sprint down to smother first throws off the pull. The soft 80 didn’t fly as far or as fast as future Discrafts would, which might have been better for the sport. The 80 allowed defenders the chance to close, to layout, and otherwise upset what has become military offensive efficiency. We loved that disc like B.B. King loved ‘Lucille,’ one of his vast collection of Gibson ES guitars.

The Rude Boy bond proved lasting. Maybe because of championships won, but also because of time, music and brand we spent reveling in. Like so many teams, we came together to celebrate our youth and independence—the early '80s a time of relative calm, a chance to get our tender feet cleated up for adulthood. Tournaments featured all night dance parties and impromptu gatherings when long days gave way to evening light. We milled for hours, in no particular hurry and with no particular responsibility yet to be fulfilled. The flight of the disc our passion, teams and teams of players lined up to chase a way of life that’s still with us in spirit.

I miss that feeling, tireless running in black shirts and too-short shorts. Our then ultra-fit arms and legs propelling us in unconventional athletic pursuit. Like longboard surfing’s love for the perfect wave, our lust for perfect flight brought us together—teams lined-up for the glory of play versus the promise of money and recognition. We came to the game because it offered friends, fitness and fun. We remain rude at heart because of all three.

Tommy(non-registered)
Ps - And wasn’t it great to live in Boston during the Larry Bird years!
Tommy(non-registered)
REALLY well written, Steve, you really paint the time and feel of that era perfectly. It was a sometimes heated and unfriendly rivalry, that propelled both teams to their, at times, greatest. More than once friends came up after a Rude Boy-Hostage Final and said, “That was the best game I ever saw!” Almost forty years later I can admit the ‘82 Nationals Semi’s loss still stings, though at the time, we pretended not to care. That was one of the keys to our success - not caring. I know you have some on your side, that still sting, too. But through it all, thanks for being there, on the other line, for a large part of my journey, it wouldn’t be the same without you! ❤️
Bones(non-registered)
Such wonderful memories of our youth. As with many, Ultimate changed my life including the beginning of life time friendships. While I recall intense battles (including the Rude Boys) on the field with no prisoners taken, the bonds off the field with both teammates and competitors continues strong among the early “pioneers.” My hope is that those who continue to enjoy our amazing sport also build similar bonds. Thanks for sharing, Moons!
Scooter(non-registered)
Eloquently rude as always Moons! Love the language and the story. Rudy can't fail to this day...
Billie Sage Ashton(non-registered)
Loved your spin on the Rude Boys! I too, played Ulimate in the late 70's and early 80's and I remember, I always wanted that 82 Rude Boys National Championship 80 mold in my collection! Playing Ultimate during the grass roots age was truly special and as you mentioned each teams character and passion for the sport was too! Thanks for sharing!
No comments posted.
Loading...
Subscribe
RSS
Recent Posts
Mini Mania—mini discs keep good company! K-9 N-Counters Frisbees Unleash Neuroresponses: The Science of Collecting From Great Heights 'Twas the Night Before Rose Bowl Kaposia Community Makes a Meaningful Difference for the Paul McBeth Foundation Learning to Throw The Complete Spin... A YEAR IN REVIEW The Wham-O Trademark Band The Perfect Putt!
Keywords
Disc Golf Collecting Distance Ultimate Frisbie's Pies DGA Midnight Flyer Minis Promotional Disc Dog
Archive
January February March April May June July August September October November December
Photo copyrights belong to their respective contributors, disc design copyrights belong to their designers
User Agreement
Cancel
Continue