ADDITIONAL INFORMATION:
This is a typical descriptor for World Ultimate Championships discs. These discs are non-golf discs, primarily Wham-O 165G and Discraft Ultra-Stars. Be sure to follow this example exactly. You can highlight the descriptor above (excluding this Additional Information section) and then copy and paste it to your disc. Pay attention to the way semicolons are used to separate sections of the Lettering/Hot Stamp information. You can add as much information in the Special notes area as you like as well as adding links to people, places or things.

For all discs in this gallery, the titles should be listed as the Year Tournament—Location—Maker Model/Mold—Disc Color—Hot Stamp Color(s). These are separated by an em dash. (Windows is Alt0151). 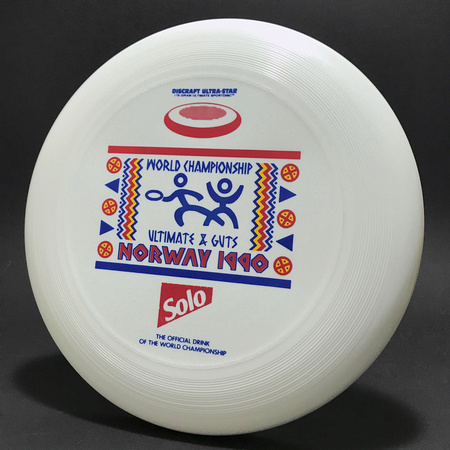