Created 8-Jan-18
Modified 30-Jan-23
Visitors 557
287 photos
In the mid-1970s, Wham-O started facing some competition, most notably from C.P.I. Wham-O set out to create a set of Frisbees that would rule the growing world of disc sports. The result of that effort became the World Class line.

In 1975 they launched the World Class line of discs. The 50 mold was first seen as a variation of the Super Pro, as can be seen on the 1975 Octad and IFT Super Pros. But it was at the Rose Bowl where the World Class 40 and 50 molds officially saw the flight of day.

The first part of this gallery features a number of early Wham-O experiments with the World Class hot stamp, featuring an IFA logo in the center with the text "World Class Frisbee Master," and most including either John Kirkland's or Victor Malafronte's signature. They also started creating the discs in the eventual four colors of brown, chartreuse, turquoise, and yellow. These 40 and 50 mold IFA World Class discs are very rare indeed.

Prototype hot stamps changed to show the first versions with the familiar World Class Frisbee text along with 119G or 141G for the 40 and 50 molds respectively. Rare versions of these with Monika Lou's signature exist, along with the better known prototypes—the "scribble" signature and no signature versions. Significant numbers of "scribbles" and "no sigs" were produced and many found their way, fully packaged, into the retail channel.

The first full retail release included the signatures of the 1975 WFC overall and distance winners, Monika Lou, Bruce Koger, Jo Cahow, and Dave Johnson. Licensee Irwin Toy created a Canadian version featuring Jim Kenner, Gail McColl, and Ken Westerfield. These exist in the initial standard four colors, plus the much rarer white. But of course, like many discs in the early days, several rare versions were created, including some on unpigmented plastic (rumored that only four sets of these exist), alternate colored hot stamps, and the hot stamp applied to other molds.

The next year, the 1976 WFC winners, Monika Lou and Peter Bloeme appeared on the new white and yellow 119Gs, and white and blue 141Gs. The 41 and 51 molds appeared this year as well. The Lou/Bloeme discs also introduced the 165G 80 mold (white and red) and 97G 70 mold (white and green). Again, rarer alternate hot stamps exist.

1977 includes only the men's overall champion, John Kirkland, as women's champion Monika Lou opted not to have her name on the disc.

The World Class line dropped the signatures after the WFC ended, but at least one freestyle disc and one version of the 140G All-Sport featured world freestyle and world junior champions.

All retail World Class Frisbees are found in this gallery. They are titled with "WC," "IFA WC," or other designator followed by model (e.g. 119G), signatures, mold, disc color, and hot stamp color(s).

The World Class molds were also used to produce thousands of different retail and custom designs. The Wham-O G-Series and HDX galleries feature the retail versions. The custom hot stamps can be found throughout the Tournaments/Events, Organizations, and Promotional wings of the museum.
Photo copyrights belong to their respective contributors, disc design copyrights belong to their designers 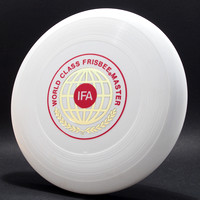 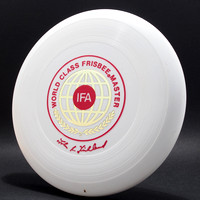 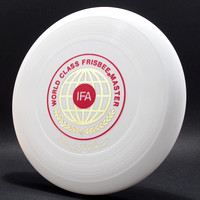 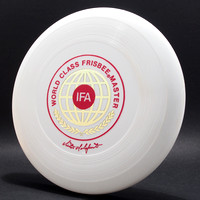 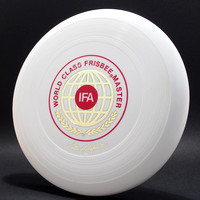 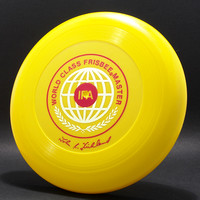 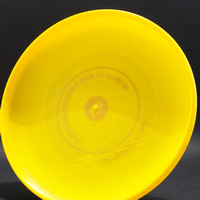 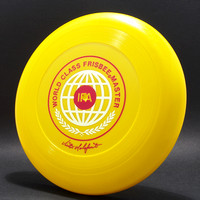 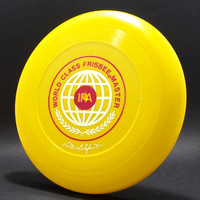 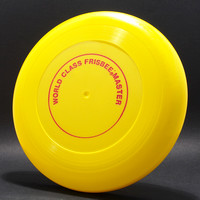 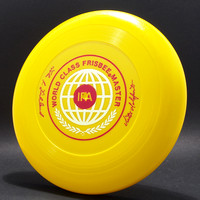 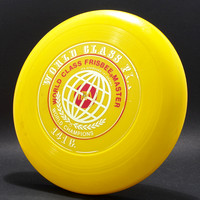 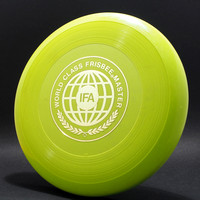 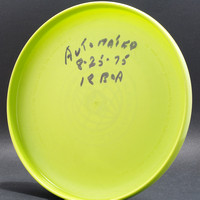 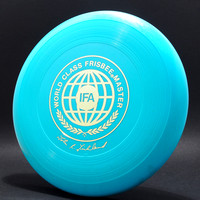 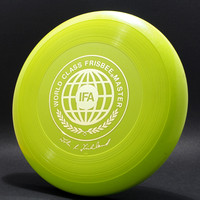 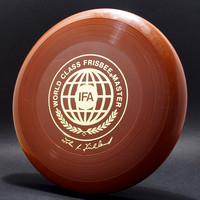