Created 8-Jan-18
Modified 12-Dec-22
Visitors 318
228 photos
***Editor's note*** It is important for the FDM to be reliable and credible. The Super Pro gallery is in the process of being restructured and updated with new information. Bear with us as properly reconstruct the history of this important model of flying disc. The FDM would like to thank Bruce Willis and Richard McGuire for their help with this information—Mike Hughes
The Super Pro mold was created in May of 1973, and two different prototypes were produced from this 50 mold. The first had a paper label showing the 12 zodiac signs and the words “Classic Frisbee” hot stamped on the top of various colored pearlescent discs. The second disc from this same mold had a hot stamped eagle with a 1973 copyright date, and was called the Super Pro. The “Super Pro” name was the more popular of the two discs, resulting in most of the Classic Frisbees being destroyed, but there are a few rare Classics still in existence. Some excellent examples of those are in this gallery.
The first public appearance of the Super Pro was seen in the Fall of 1973 International Frisbee Association (IFA) newsletter. An ad titled SPECIAL OFFER said “Wham-O’s new Super Pro is being made available on an introductory basis to IFA members, prior to its general sale throughout the U.S. Designed to have increased stability in crosswinds, superior hovering capability and a streamlined shape for longer flights, the Super Pro weighs approximately 126 grams. Super Pro Frisbees may be ordered at a price of $2.50 each (add 5% in California), plus 25 cents for handling by writing to IFA, P.O. Box 4578, North Hollywood, Calif. 91607.” This new Frisbee, still in its prototype phase, was molded in dull blue plastic. Some were blank with no hotstamp or label. Other prototype colors were bright red, chartreuse, clear and a pink swirl. None of these discs carried a mold number, but they had a flat puddle. When Super Pro production went into full swing, other colors available were clear flake, green flake, pea green, light green, blue, blue flake, dark orange, pink frost, and peach frost. These discs had the 50 mold designation. Again, there are some excellent examples of these discs in this gallery

The quality of the early eagle hot stamp would sometimes suffer, so Wham-O changed to an eagle label with no lettering. To avoid waste, the eagle label was placed over the discs that had an eagle hot stamp, making then a very hot collectible. The Super Pros that were not hot stamped with an eagle used eagle labels that were smaller.
Almost 2 years later the original 50 mold Super Pro began to change. The May 1975 Octad and July 1975 IFT discs were the first to show the transition of this mold to the 141G series. (G stands for grams). The discs produced for the 1975 World Frisbee Championships (with the blue and red Pepsi hot stamp) were the first 50 mold 141G discs. The following year these discs, molded in brown and turquoise plastic, displayed the World Class 141G-4 signature hot stamp. (The 4 signatures are from the 1975 WFC champions). Prior to the release of the 4-signature hot stamp, it has been hypothesized that prior to the 1975 WFC, the Wham-O art department had mocked up the graphics and created a test run with a prototype hot stamp die. That die included a “scribble” signature, which was in the place of the future tournament winners. In addition to the scribble signature, the lettering of “Men’s World Champion” was also prototype. It was originally thought that only a few of these discs were made up but there are several examples of the “scribble” disc in the package and being purchased at retail stores. Those packaged discs had the champions sheet (of 1975) included with the disc. The theory goes that rather than running just a few mock ups, Wham-O produced several of these “scribble” discs and rather than waste them, they packaged them and shipped them to stores along with the 4-signature hot stamped discs.

A new mold was cut for the Super Pro before the 50 mold was used solely for 141G disc production. This new 60 mold produced many Super Pros, and may have been later retooled into the 51 mold for 141G production. The 61 and 62 mold also produced Super Pros.
Other determining factors in assessing the age of a Super Pro are:
(This information was gathered from historical documents. a review of the discs themselves and believed to be accurate. We are trying to confirm the exact lineage of the different styles in the Super Pro Model and when our research is complete, we will present it here. If you have any additional, verifiable information, please leave a comment)
Photo copyrights belong to their respective contributors, disc design copyrights belong to their designers 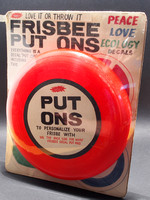 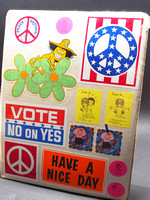 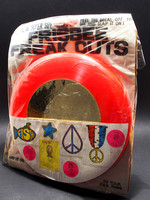 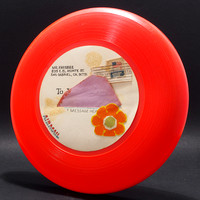 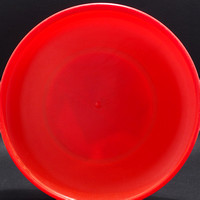 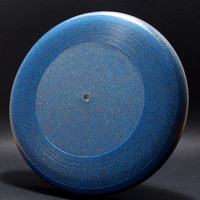 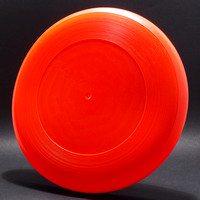 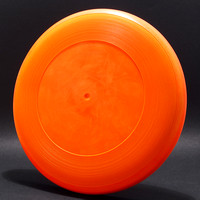 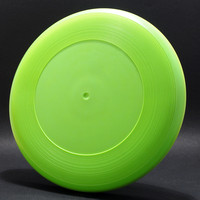 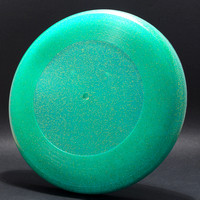 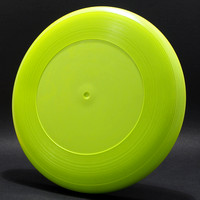 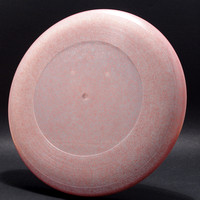 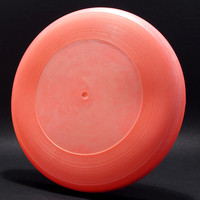 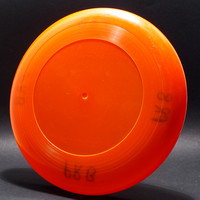 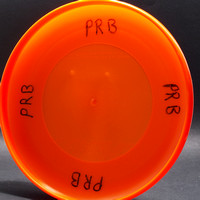 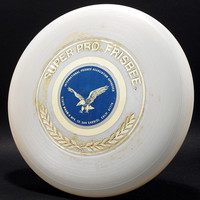 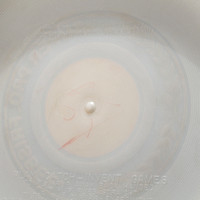 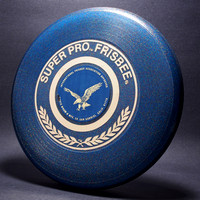 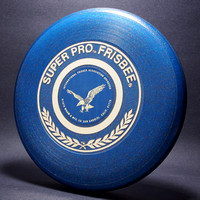 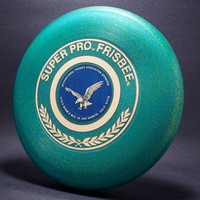