Created 8-Jan-18
Modified 27-Dec-22
Visitors 269
273 photos
I am attempting to put these in chronological order for all Wham-O produced Regulars. The provenance comes from packaging, documentation and tooling. As tooling changes, it is analyzed to see if it makes sense that the tooling change would have been before or after the next tooling change.
I have arranged the Regulars by mold numbers in ascending order within each of the main styles listed below:
1. Pat Pending
2. Patent with WHAM-O FRISBEE®, No TM Script
3. Patent with WHAM-O FRISBEE®, TM Script
4. Patent with WHAM-O® FRISBEE®, No TM Script
5. Patent with WHAM-O® FRISBEE®, Toss Games TM Script
6. Patent with WHAM-O® FRISBEE®, Sport Games TM Script
7. REGULAR FRISBEE W/ Laurels ™
8. REGULAR FRISBEE W/ Laurels ®
9. REGULAR FRISBEE FLYING DISC /Laurels ®
10. No T.M. Script
11. Toss Games T.M. Script, No Dash
12. Toss Games T.M. Script, Dash
13. Sport Games T.M. Script
OBSERVATIONS:
1. Assuming the Regular Frisbee® raised lettering came after the Wham-O Frisbee raised lettering, it looks like the Sport Games TM script came later. That said, there are a few Wham-O® Frisbee® tops with Sport Games, but that is the exception more than the rule.
2. There is a Regular Frisbee®, Lime, mold 10A that came in the same 1973 packaging, but one of them has the Laurels® and the other has the Laurels ™. It seems the ® is the exception so we are assuming the ® came after the TM.
3. As soon as you get to the Regular Frisbee® Flying Disc style, all of the Laurels go to ®.
4. As of 7/20/20, the youngest discs in the gallery are from 1978, with the exception of the Rare G-Series Regular No mold. That disc has outlined raised letters and 1974 Copyright tooling
5. I have looked at a Regular in the package with the "New Rib Design" package insert and it clearly has an ® after Wham-O, telling me this disc is a Wham-O® Frisbee®. An interesting fact is that in very small letters under Frisbee on the label are the words Pat. Pend. If the Regular was created in 1966, this tell me that the Wham-O Frisbee® style was only around for a year or so. SO FAR IT APPEARS THE TWO CIRCLE R STYLE STARTS IN 1967. This disc was yellow. As of 12-31-21, while updating and reviewing the gallery, I can't see where these comments apply. The 1967 and 1970 packaging both say "New Rid Design", although differently and neither of them have ® after Wham-O. I will need to find this yellow packaged disc to confirm my original comments.
6. I also saw a Blue Regular in the same 1967 packaging and it did NOT have an R after Wham-O. Old stock in new packaging??
7. As of 7/20/20, I have seen Wham-O packaging for individual discs from 1967, 1970, 1971, 1972, 1973, 1977, 1978, 1981, 1984, 1990, 1995, 1998, 2003, 2015, 2017.
8. I have a photo of a Wham-O 1970 Horseshoe game. On the package is the exact T.M. script "FRISBEE is a REG. T.M. of WHAM-O MFG. CO.";"—For Toy Flying Saucers for Toss Games". The other TM script says For Sport Games. I wonder if this script was created for the Horseshoe game regular since it is a toss game? THIS FACT MAY DATE ALL DISCS WITH THIS TM SCRIPT COMBO TO 1971.
9. I have a photo of a Red Regular in a 1972 slip sheet with a 1971 insert and the disc has laurels! I can't see if it is Laurel ® or Laurel ™. THIS COULD INDICATE THAT THE REGULAR Frisbee® WITH LAURELS STARTED IN 1972.
10. I have a photo of a Pink Wham-O Frisbee in the same packaging as above. Old stock in new packaging?
11. 1973 packaging comes with a backer board and slip sheet and it also comes in poly bag. Some bags are blue and some are pink. The same label photo is used with the backer board having a paper label insert and the poly bags have the image screened on the front.
12. I have a Regular Frisbee Flying Disc in a 1977 package. It is a 12A mold and has the Toss Games, no Dash T.M. Script. THIS MAY INDICATE THAT THE START OF THIS STYLE IS 1977. THAT MAKES SENSE AS OTHER WHAM-O MOLDS AND HOT STAMPS ALL STARTED TO INCLUDE THE WORD DISC IN 1977-1978. This disc has a ®under the laurel. Wham-O started adding Flying Disc in 1980 on other discs so it looks like the Regular was ahead of its time in that regard!
13. The FDM is starting to get some nice Licensee contributions. Trying to sort them in chronological order is very difficult, due to the lack of volume and packaging. As of 11/27/2022, we will add Licensee "Dividers" and place them in the chronological order to the best of our ability. Changes in Wham-O tooling do not necessary correspond with Licensee changes so trying to mirror the rationale used for Wham-O is problematic.
~Mike Hughes
Photo copyrights belong to their respective contributors, disc design copyrights belong to their designers 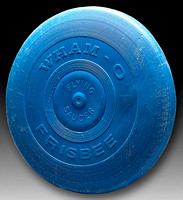 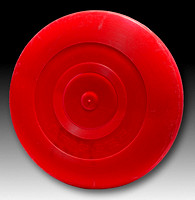 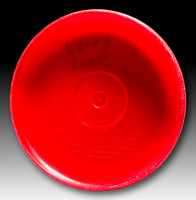 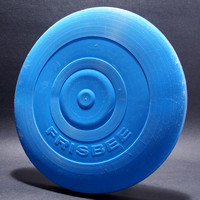 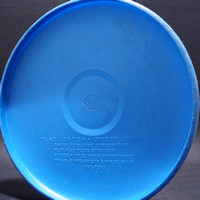 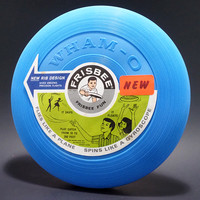 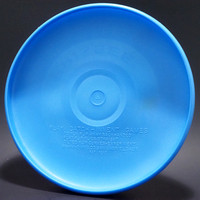 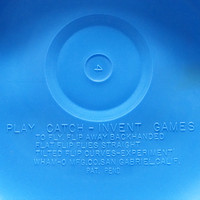 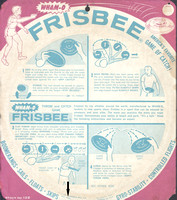 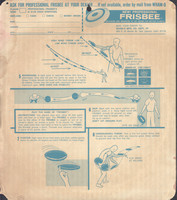 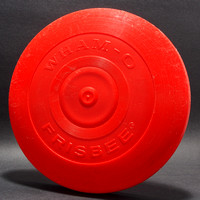 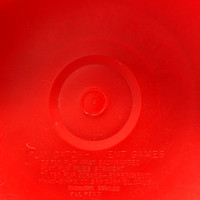 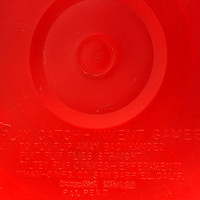 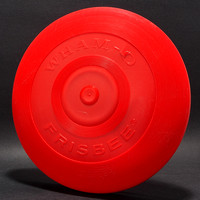 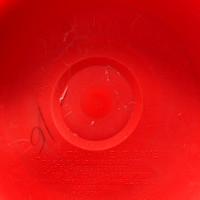 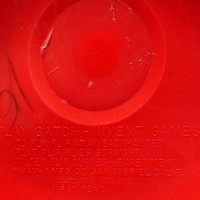 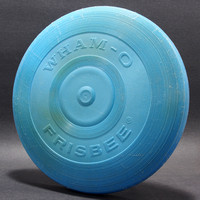