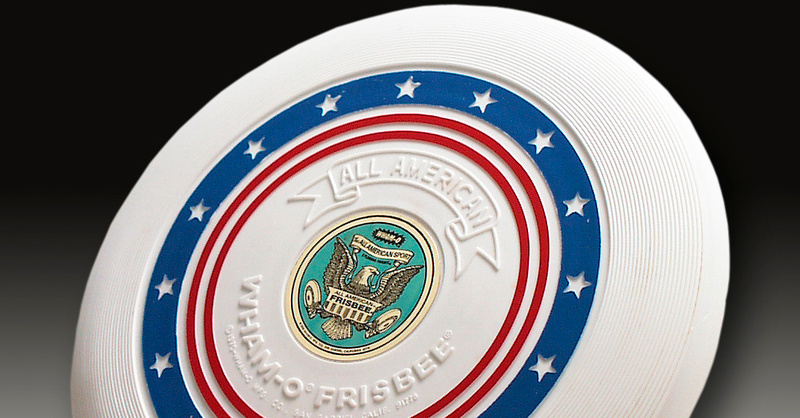 Created 8-Jan-18
Modified 27-Nov-22
Visitors 155
113 photos
Production of All American Frisbees, with traditional Red, White, and Blue color combinations, began in 1970 using a retooled Pro Model 10 Mold. The cupola was removed, much of the raised lettering was removed, and a raised "scroll" was added with the title "ALL AMERICAN FRISBEE".

The All American lineage is far more complicated than just a 10 Mold. There were, in fact, 2 unique 10 Molds in production at the same time. One is engraved ©1965 and one shows ©1966. The dates are engraved on the bottom of the discs and led most people to believe that one date he'd been changed to the other at some point. Close inspection of the tops of these 2 discs confirms that these are 2 entirely different molds. Comparison of the relative positions of the letter "M" in the scroll to the stars in the Blue Band allows collectors to determine which copyright date is engraved, even while the disc is still packaged.

The All American Gallery is organized by Mold Number and is not always in chronological order. The 10 Mold ©1965 goes through 4 styles to become Mold 20. Likewise 10 Mold ©1966 has 5 styles while becoming 21 Mold. 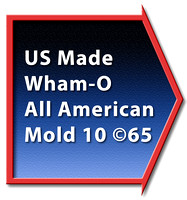 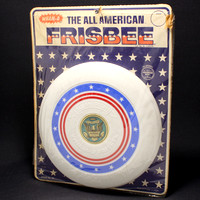 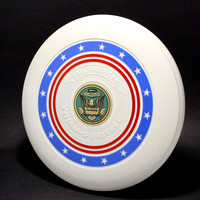 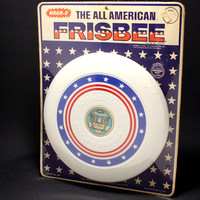 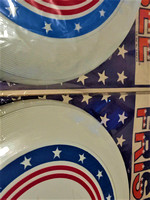 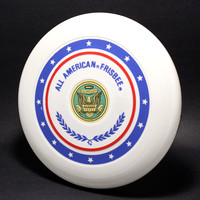 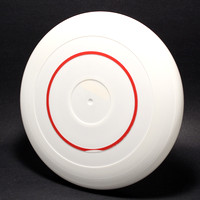 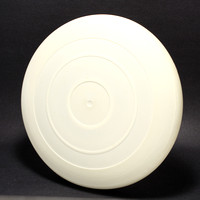 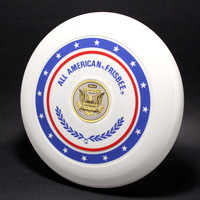 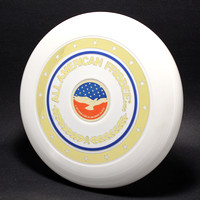 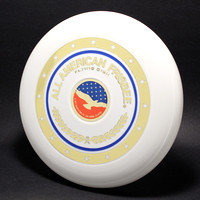 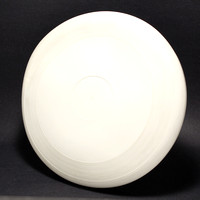 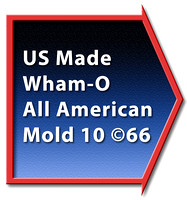 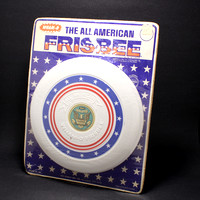 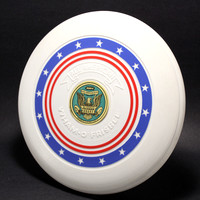 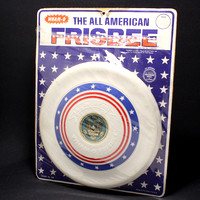 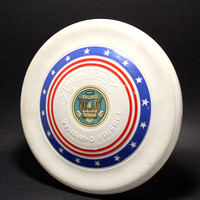 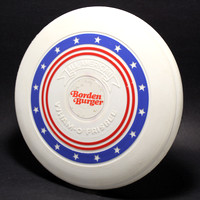 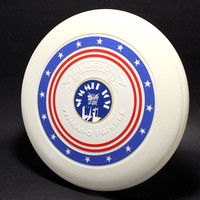